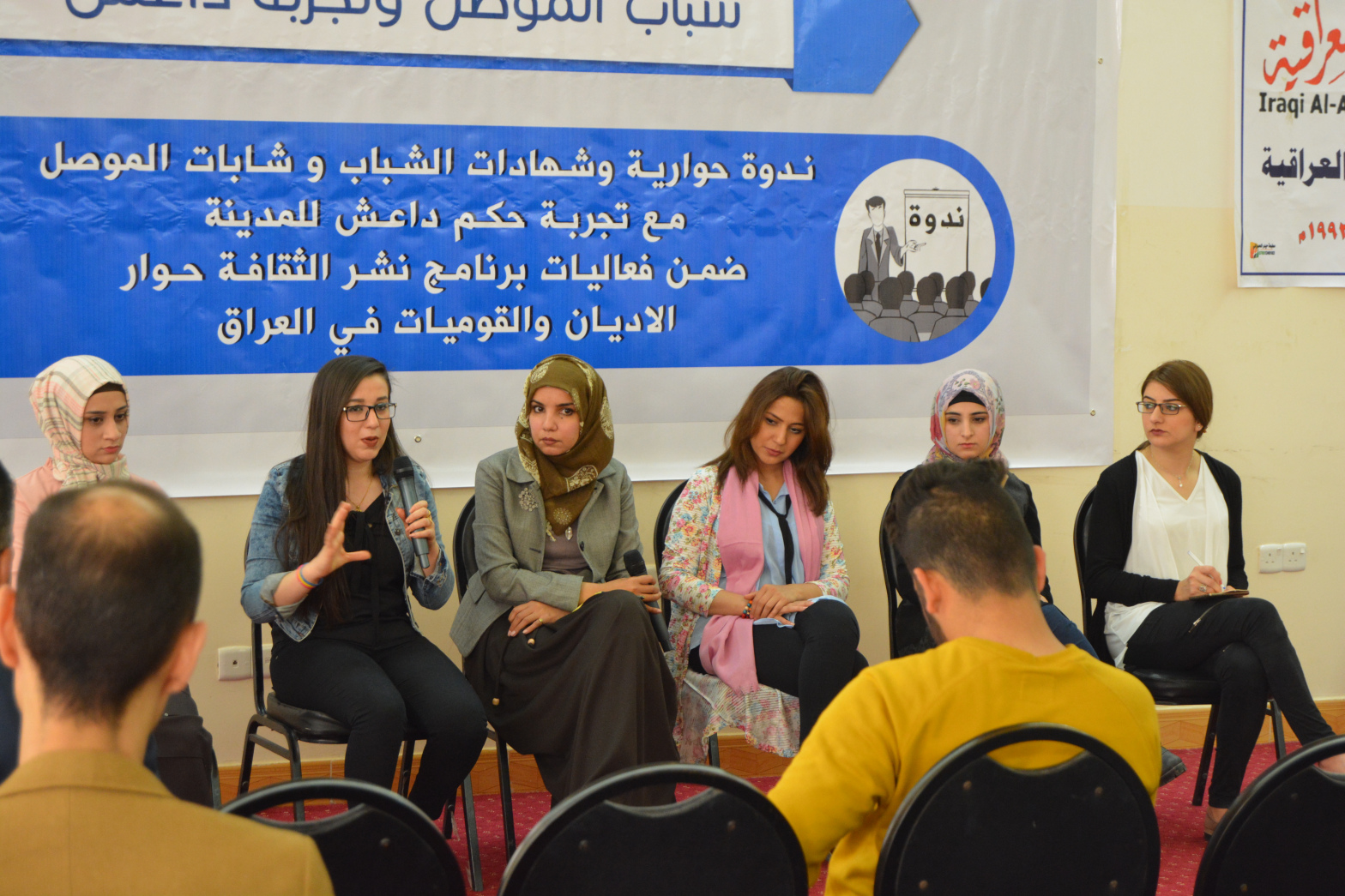 In Najaf, young women from Mosul and their testimonies about the period of ISIS control of the city

Moja hosted young women from Mosul to give live testimonies on what happened with the city of Mosul, its occupation by ISIS groups, the displacement of Christians and Shiites, the genocide of the Yazidis, the taking of their women as slaves and other horrific crimes

The first session was held in the College of Pharmacy, University of Kufa, and the session was moderated by Muhammad Bahr Al-Ulum. The speakers are Mays Nahed Al-Ramadani, who is a translator and activist in the field of defending human rights. She is from the Sunni sect. She and her family fled to Erbil after ISIS, Maysam Bhutani, a Christian activist and blogger, her family were trapped inside Mosul after ISIS invasion of the city, and they managed to escape after that, Sarab Elias, the Yazidi human rights and activist, who ISIS subjected many of her family members to killing, captivity and kidnapping after the attack on Mount Sinjar, and Saja Muzahim, a student at the University of Mosul, who stayed with her family throughout the period of ISIS rule in the city

Many of the attendees, most of whom were Kufa University students from Najaf and the rest of the southern cities, were shocked by the personal and terrifying stories that the people of Mosul lived through, and they expressed their great solidarity with passion through heart felt comments.

The live recording of the session.

The second session was held at the headquarters of the Iraqi Al-Amal Association in Najaf, this time hosted by Ms. Raghad Qassem and the speakers Sandra Salam (Yazidi), Mays Nahed (Sunni Muslim), Nour Mahdi Al-Araji (Shiite Muslim), Rand Mumika (Christian), Rahma Al-Shakaki (Shabakia) ) and Maysam Botani (Christian). Perhaps the importance of the two sessions lies in the need for direct communication to fully understand the truth, and not through the media, which are often politicized and sectarian that thrive on discriminatory titles and hate-filled comments to lure the listener.

Recording the live broadcast of the session on the Moja page