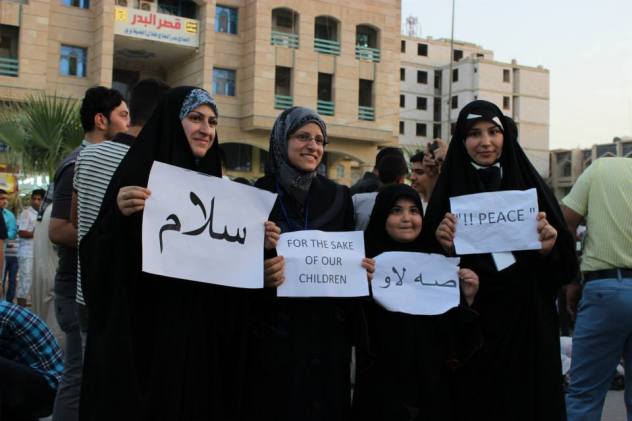 On the occasion of the International Day of Peace, Moja chose to address a serious problem in Iraqi society, starting with Najafi, children’s toys that are in the form of weapons are a real social problem, in addition to the physical damage caused by these weapons as most of these “toys” throw a small plastic projectile in the form of a 2mm radius ball, especially in the Al-Ain area (statistics are available in Iraqi hospitals about this type Injuries) deeper psychological damage is also caused by these “toys”, as it conditions the child into accepting the idea of using a weapons as tool to gain something in life, training them in the ways of violence and preparing terrorists and criminals in the future, and such individuals will be fully prepared when they grow up to be exploited by sectarian warlords and politicians.

We collected more than two thousands of these toys, and we chose the old city center as the place to hold the event, in the presence of the head of the provincial council, members of the council, politicians, intellectuals and a large audience, with the main aim of forming a social lobby to pressure decision-makers to prevent the sale of these toys and limit their spread to protect children from them. Where the toys were placed on the ground in a row and a large tractor crushed the toys as a symbolic step, the tractor was driven by two children, Aya and Omar, after the toys wee destroyed roses were distributed to all the attendees.

We succeeded in pushing the provincial council to ban these type of toys from entering the Najaf markets, and the religious authority issued – after several months – a fatwa in this regard and prohibited trading in this type of toys. These results were a real societal victory, and a tangible change. this event succeeded in creating awareness among people to confront the violence and stand against the methods of its spread and promotion, in order to break the cycle of hate, and we succeeded in lobbying and obtaining a decision, and this contributes more deeply to people’s belief in their ability to make change, and activists and volunteers in their ability to bring about the required change. 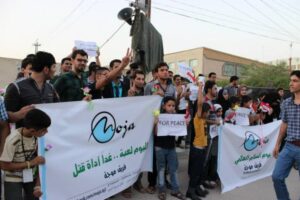 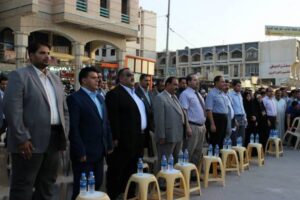 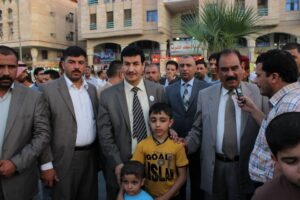 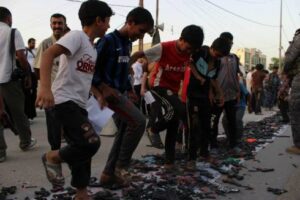 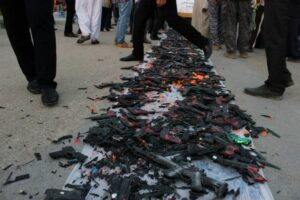 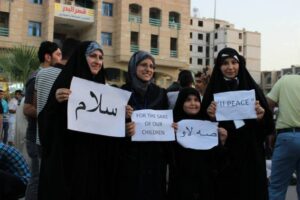 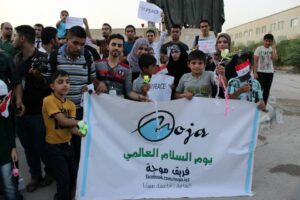 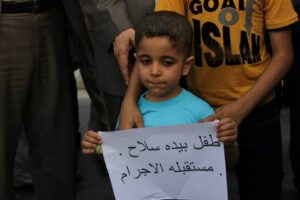 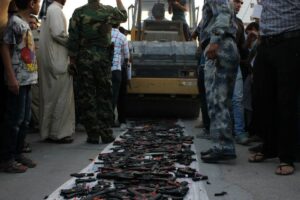 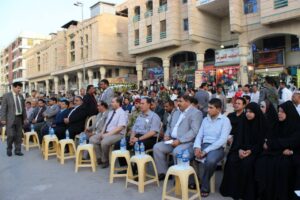 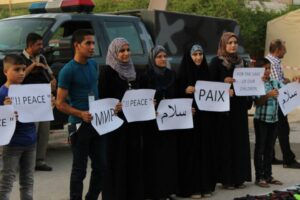 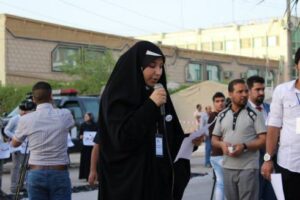 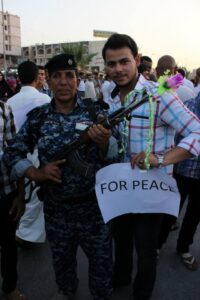 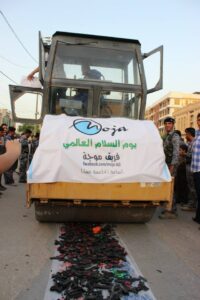 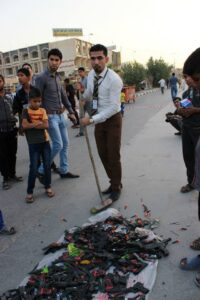 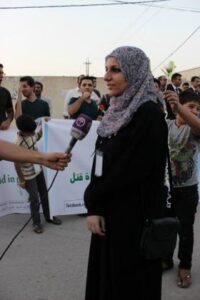