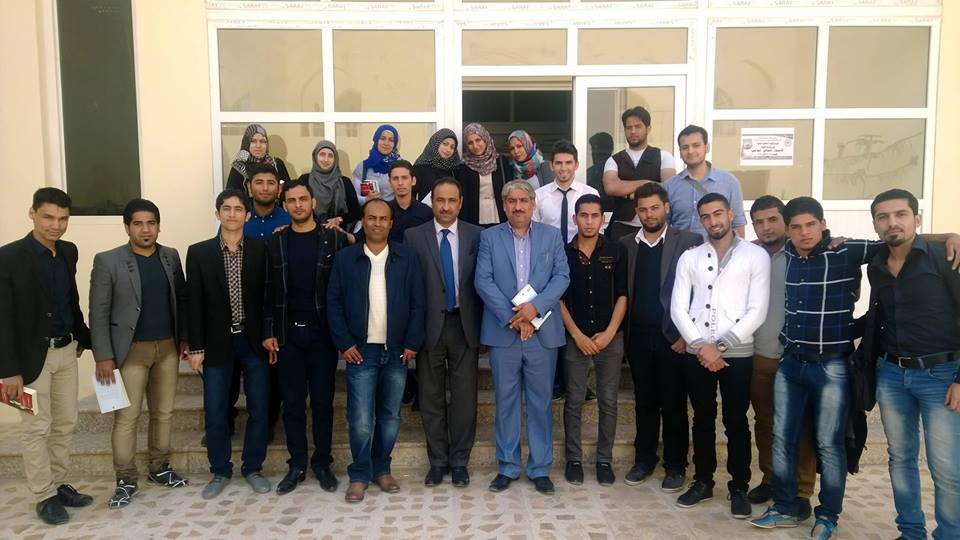 The signing ceremony of the novel “Frankenstein in Baghdad

Last April, at the Faculty of Arts, University of Kufa, we held a signing ceremony for the novel of the Iraqi writer Ahmed Saadawi, “Frankenstein in Baghdad,” which later won the Booker Prize for the best Arabic novel. Before the signing ceremony began, a lecture was organized in which the novelist spoke about his experience and his novel in front of a group of students, and the teachers.

The signing ceremony began, and male and female students raced to obtain Saadawi’s signature in appreciation and admiration for his art and creativity. The copies of the novel ran out quickly after a short period of time and we had to request copies from a library outside the university to arrive quickly and run out quickly as well. For the book inside the corridors of the college in cooperation with the House and Library of Sutur, which displayed its distinguished, modern and high-end books.

What we always want to do in such projects is to extend bridges of communication between the youth and the creators of Iraqi creativity, to re-invent the cultural audience, in order to build a civilized and advanced society. You have to make it read, recognize its heritage and cherish its achievements, its peers and citizens, in order to encourage its role and become an element Effective in society, it is more than the society, not more than it. 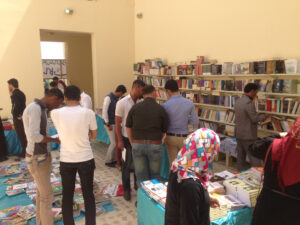 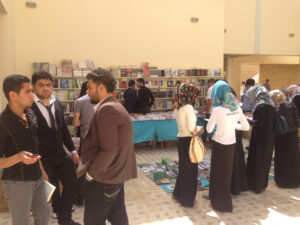 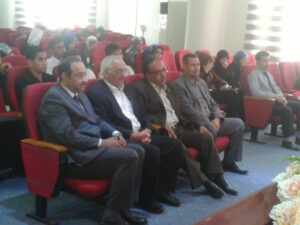 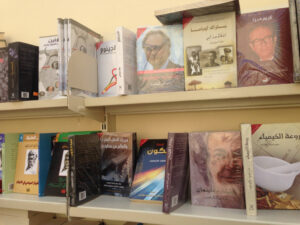 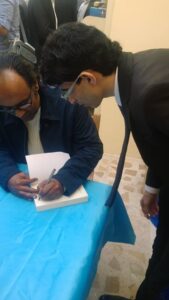 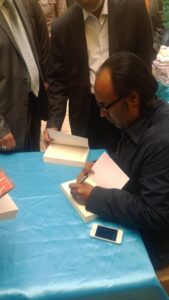 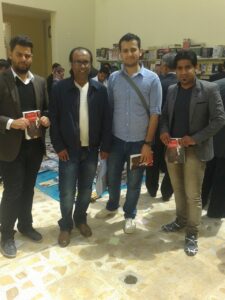