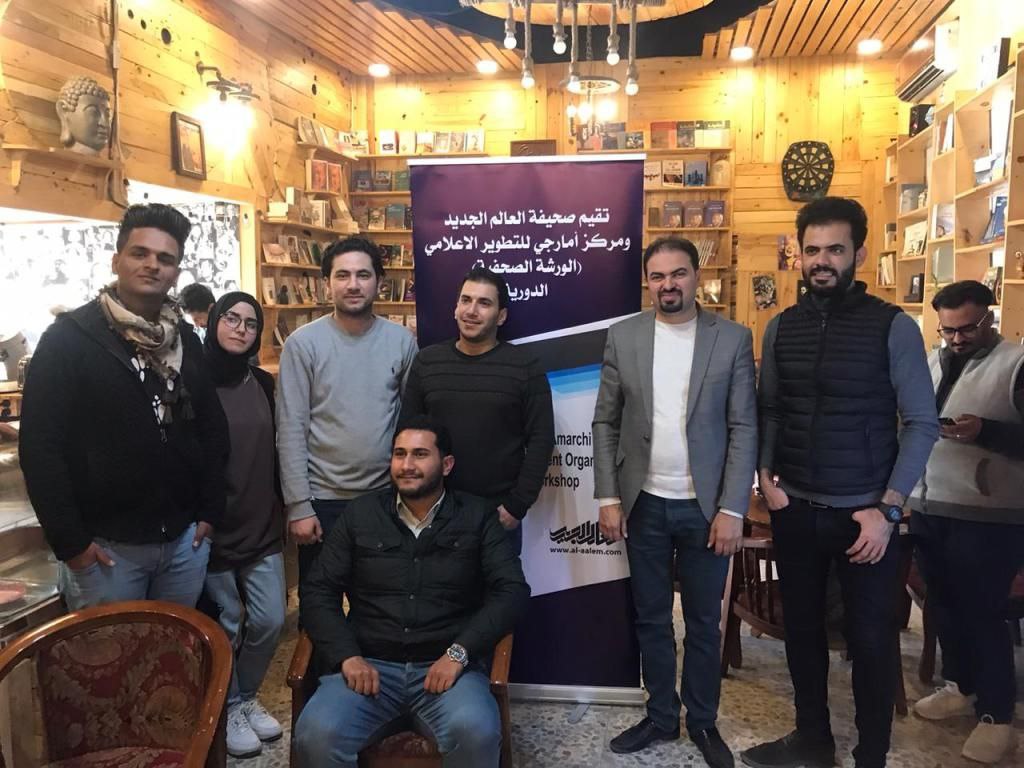 workshop about the relationship between traditional journalism and social media

Amarchi center and political awareness club in Moja held a workshop about the relationship between journalism and social media with 15 trainees who were bloggers and college students that want to engage in journalism.

Hassan al-kirsan, a social activist in Najaf and a participant in the workshop states that Najaf needs this kind of workshops for its vital role in improving youth, enhancing their journalism and media skills in a time where we lack independent media in the central and southeastern regions of Iraq.

And we now need more independent journalism that provides people with the truth more than ever. Especially in these times when Iraq is going through radical changes and events that we need to shed the light on like the revolution and its implications.

He proceeded to say that the workshop has shown many vital topics and focused on the importance of news. And the goal is not only to deliver the news but it’s about making the readers eager to seek the truth and to educate them about various topics. And knowing the difference between truth and fake news.

Amarchi center was founded in 2017 and since then it’s been devoted to train young journalists and people who want to be involved in journalism.