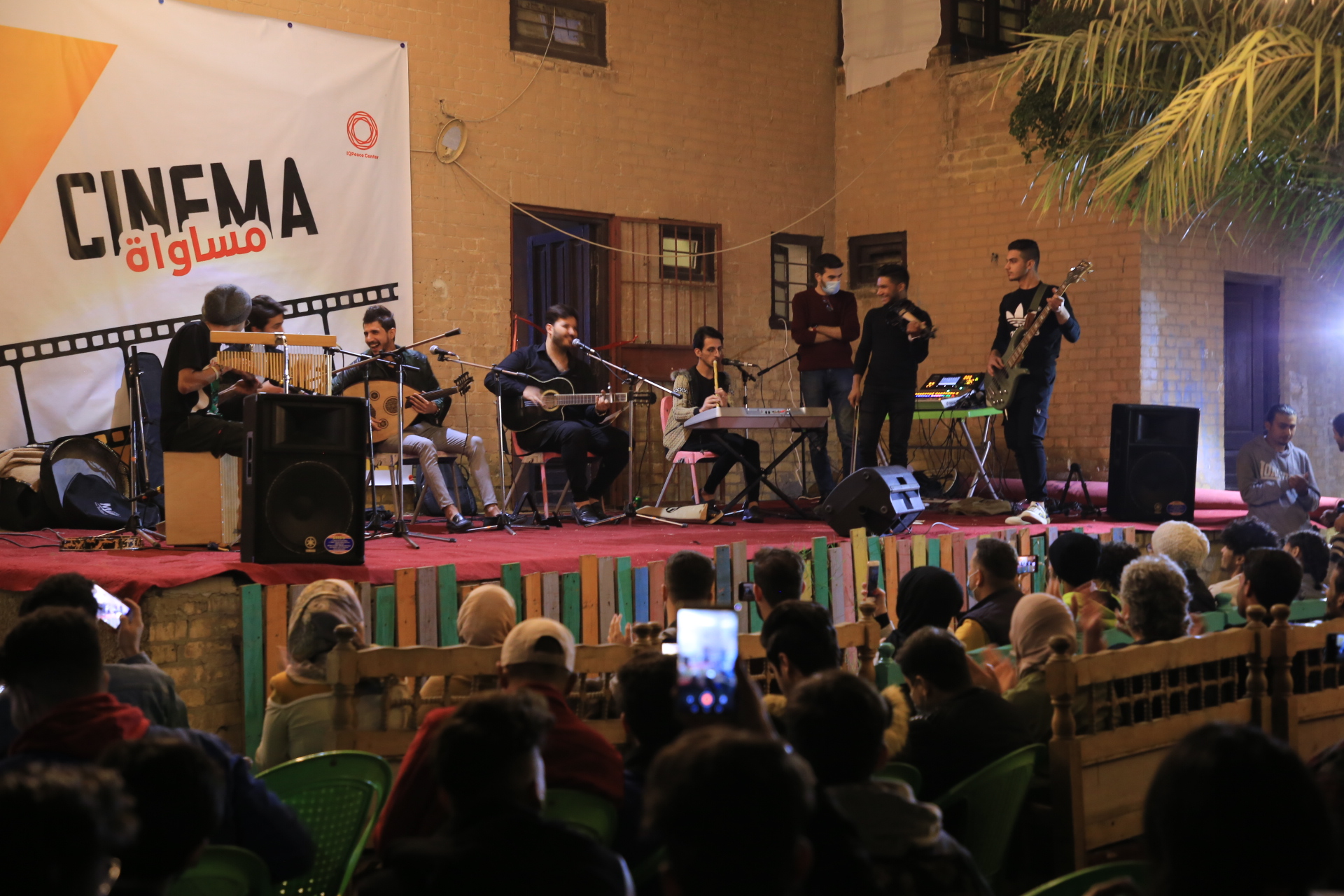 By Yaser MekkiFebruary 23, 2021No Comments

The Iraqi peace center conducted Small carnival that contains multiple activities like Cinema discussions, art exhibitions, books discussions, debates and music concert. The event was for one day on 27/11/2020 and it aimed to show raising awareness of youth and make engagement with the equality culture in indirect ways.

Around 200 person (female and males) participated in all activities for more than 4 hours, in parallel launching a social media campaign before, during and after the event, The organizers take into the consideration the personal protective equipment and social distancing to ensure the safety of participants.

In the Cinema’s rooms -indoor and out door- activity, were two Rooms in each one has presented 4 films talking about the human rights, diversity and civil rights. As after the film presenting was a dialogue session conducted to discuss the opinions and ideas of Audience gained from the films.

While in the random debates conducted with small groups of females and males who do not know each other before to debate and discuses topics related to gender equality, promote women’s participation in politics, economic, and social life. At the same time were an equality books introduction session conducted to transform the experiences of other communities related to gender equality values and encourage the youth to read books as part of their life style.

In addition, where out-door cinema presents “Halaa Lawain or Where Do We Go Now” a Lebanese film directed by Nadeen Labaky telling a story of group of women who participated in making peace in their village and reflects the importance of women’s roles in the wars and sectarian conflict period. Most of the participants were active and enjoyed during the film.

Most participants were interested in topics and the activities of the event, one of the audience mentioned “I missed this kind of event especially during the COIVD-19 Pandemic and I think these activities delivering the messages easier and faster than the routine sessions and trainings and it was a good opportunity to meet my friends as well”